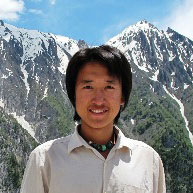 To say that sacredness causes violence may be confusing cause with effect. Perhaps it is violence that gives rise to a sense of sacredness (e.g., the blood rites; Ehrenreich, 1998). Death and terror are, essentially, forms of sacred sacrifice (Kahn, 2008). Within a given society, death in the defense of beliefs is what makes beliefs sacred (Marvin & Ingle, 1996). In this sense, warfare constitutes a central ritual allowing the society to discover its faith with the shedding of blood. Violence defines the sacred, and it is not the sacred that defines the violence.

Warfare can function like psychotherapy to cure societies of the triviality of mundane daily life. War infuses life with passion. In one of his most famous speeches, The Soldier’s Faith, delivered on Memorial Day 1895, Oliver Wendell Holmes, Jr. (later chosen as Associate Justice of the Supreme Court of the United States) extolled the obedience of soldiers in offering their life in the American Civil War. Their sacrifice drove away doubt and reconstituted the nation’s threatened beliefs, “We have shared the incommunicable experience of war; we have felt, we still feel, the passion of life to its top” (Holmes, 1992, p. 94).

War also has a cleansing power and comes with a fantasy of redemption. This fantasy is fueled by the flow of blood as self-sacrifice. The greater the losses suffered in the war, the greater its cleansing power. War seems to save a civilization from steep decline, as in World War I, and fulfills the task of societal rejuvenation and regeneration (Griffin, 2007).

Such rhetoric culminates in an absolutism of death. There is no higher purpose for dying than dying itself. Braender (2009) argues that the latent function of this sacrifice is that by dying, soldiers prove that something is worth dying for. This is, of course, totally irrational, as dying violates two fundamental social norms: self-preservation and the prohibition against killing. Violence sanctifies the cultural structures that prompt the violation of these social norms. Facts and fact-based logic no longer apply (Victoria, 2010).

With these implicit functions of war and the irrationality of its justification in mind, we can find abundant examples in a variety of cultural contexts of how the act of dying and killing gives rise to a sense of sacredness. German Nazis, for instance, transformed carnage into national revelation. The themes of struggle, battle, and death pervaded both high culture and popular culture in Germany during the World War II (Baird, 1990). Death, without reference to any other entity, took on the ennobling force of a sacrament. The blood of the martyrs became a cornerstone of Hitlerian “religion,” preaching a doctrine of violence in which heroic death was seen as more beautiful than life.

Death in war receives sanctification by being either a personal sacrifice or a sacrifice for the common good. In Nepal People’s War, the warrior maintains a unique relationship with the divine by making a personal sacrificial gift, the bali dân, a gift that results in a noble death (Lecomte-Tilouine, 2006). By comparison, the Chinese communist martyrs, during the Korean War, exalted revolutionary heroism against individual heroism with a focus on sacrificing for the masses (Zhu, 2014).

The irony of death being the cause rather than the effect of the sacred is that it annihilates all meaning, yet fashions meaning ex nihilo. Massive casualties, like that of the over 620,000 soldiers lost in the American Civil War, presented powerful discontinuities and significant changes in many war survivors’ assumptions about death (Faust, 2009). On the other hand, destruction of the old meaning system marked a sacred rite to the rise of new ones (Linderman, 1987). In that sense, death and war live in harmony with sacredness, despite their destructive nature.

In summary, one has to recognize that the connection between violence and sacredness is not as simple as unidirectional. Despite the assumption that protection of sacredness breeds violence, people can actually obtain a sense of sacredness from engaging in violent behaviors. This is especially relevant in times of turbulence and uncertainties that call for reconstruction of meaning systems. Sacrifice through death and killing fills in the vacuum of meaning for the society (Vlahos, 2008). Since our data did not offer any support to the likely false stereotype that sacredness breeds violence, the idea that violence breeds sacredness becomes a more reasonable explanation for the sacredness-violence dialectic.

Any suggestion that violence is a cause of the sacred rather than vice versa, of course, goes against the idea that religion expresses a sacredness as a special cause that demands violence as an effect. The shedding of blood is viewed in many religions as a creative force of history, and martyrdom answers the call of what faith demands. One example appears in the extreme views on religious martyrdom championed by Global Jihadism. This perspective appears in the work of Sheikh Abdullah Azzam, a Palestinian Sunni Islamic scholar and founding member of al-Qaeda. Azzam (2002) once preached the necessity of blood in creating history. “History does not write its lines except with blood. Glory does not build its lofty edifice except with skulls, Honor and respect cannot be established except on a foundation of cripples and corpses.”

On the other hand, such an understanding of jihad and shahid, an Islamic term designating those who die only for Allah, may reflect only a partial, and perhaps distorted, reading of the Quran. A historical and holistic study of jihad contextualizes and challenges the military jihad and martyrdom in Islam. The term “jihad,” in combination with the phrase fi sabil Allah, translates literally to “striving in the path of God,” and takes on multiple and sometimes inconsistent connotations in the development of Quranic scholarship. The specifically belligerent and militant interpretations may not preserve the authentic understanding of jihad and shahid (Afsaruddin, 2013). It is not true that the theology of jihad unambiguously makes Islam a religion prone to violence.

Similar ambiguities in the readings of scripture are also not uncommon within in the Judeo-Christian religious tradition. Abraham’s preparations for sacrificing his son in response to God’s command, in Genesis 22 of the Hebrew Bible, is used to both justify and protest war (Delaney, 2006). The Old Testament draws, in many places, an analogy between destroying the corporal body and establishment of the communal Body. For instance, the first murderer Cain was also the builder of the first city. This analogy has been interpreted to advance the argument for necessity of sacrifice in the process of generating the new (Bryson, 2003). As much as jihad can imply holy war against non- believers, Christians can interpret Scriptures as calls for killing and sacrifice as well.

Just as some Islamic scholars would oppose the militant interpretation of jihad and shahid, some New Testament theologians have cautioned that war is anti-Christian. Hauerwas (2011) argues that Christians who at least implicitly worship war have confused the sacrifice of war (giving up personal lives) with the sacrifice of Jesus Christ for the salvation of all. As described in Christian traditions, these are two very different sacrifices, one losing and taking life and the other gaining life. The reality of Church is centered on the sacrifice of Jesus as the beginning of a new kind of life that stands against the sacrifice of war.

As these contrasting perspectives make clear, little consensus exists among theologians on the role religion plays in violence. The connection of religion and violence is even more dubious when examined empirically. It all depends on what one means by “religion”. If one means the supernatural principle – to live up to the moral standards set by supernatural agents – then religion can activate a goal of virtue (Preston, Ritter, & Hernandez, 2010), and religious priming reliably elicits prosociality (Shariff, Willard, Andersen, & Norenzayan, 2015). If one means belief in God(s), an idealized persecuting divine figure can be a major trigger of violent responses, whereas a loving God may not (Jones, 2006). Finally, if one means by religion a cultural coalition, a religious ingroup versus outgroup, then activating the religious principle can both facilitate co-operation with fellow group members while encouraging competitions against outsiders (Preston, Ritter, & Hernandez, 2010). Results from the current study showed some mitigating effect of religion, and broadly speaking, did not find evidence that sacredness (one of the foundations of religion) would encourage violence at all.

If it was not sacredness that explained violence, what did? A plausible explanation would identify group identity as a major motivation behind violence (Feldman, 2010). The connection between group identity and violence is reciprocal. Men do not go to war just to kill and win, but through their sacrifice to keep the society united. In this sense, martyrs die at the hands of the group itself (Marvin & Ingle, 1999). Identity cultivates one’s willingness to sacrifice for the group (Atran, Sheikh, & Gomez, 2014). From a psychoanalytic perspective, individuals go to war to help the group survive the projection of an internal danger in the face of an alleged threat (Fornari, 1975).

The symbiosis of violence and sacredness may also fulfill a human need of immortality. By abandoning their separate selves, mortal beings can partake in the immortality of the nation (Skya, 2009). “As the soldier dies, so the nation comes alive” (Koenigsberg, 2009). Perhaps scapegoating theory can support this alternative explanation (Girard, 1979). The maintenance of group unity requires that violence be projected outward. Acts of communal violence and the resulting shock and collective repression generate our very sense of the sacred.

Even though the present data suggest that sacredness is not an explanation of violence, sacredness is often used to justify violence and exonerate people from their violent crimes. “Whenever a society must motivate its members to kill or to risk their lives, thus consenting to being placed in extreme marginal situations, religious legitimations become important” (Berger, 1967, p.44). A recent example is Cliven Bundy and the militia occupiers of the federal building at Malheur National Wildlife Refuge.

These people romanticized a violent way of life but elevated it in the name of protecting their constitutional rights where none had been taken away. By contrast, the Standing Rock Sioux protesters against the building of Dakota Pipeline did not engage in violence. An obvious sacred object (i.e., burial sites and water) was at the risk of being destroyed, while no armed violence broke out. This, again, resonates with our argument that protection of sacredness does not necessarily give rise to violence.

I would like to end this dissertation with a Sioux prayer, wishing for peace by invoking everlasting and unitary sacredness.

“Grandfather Great Spirit
All over the world the faces of living ones are alike.
With tenderness they have come up out of the ground
Look upon your children that they may face the winds
And walk the good road to the Day of Quiet.
Grandfather Great Spirit
Fill us with the Light.
Give us the strength to understand, and the eyes to see.
Teach us to walk the soft Earth as relatives to all that live.”

Afsaruddin, A. (2013). Striving in the path of God: Jihad and martyrdom in Islamic thought. New York: Oxford University Press.

Delaney, C. (2006). Sacrificial heroics: The story of Abraham and its use in the justification of war. In R. J. Hoffmann (Ed.), The just war and jihad: Violence in Judaism, Christianity, and Islam (pp. 217-230). Amherst, NY: Prometheus Books.

Koenigsberg, R. A. (2009). Nations have the right to kill: Hitler, the Holocaust and war. New York: Library of Social Science.