Review Essay of Dynamic of Destruction: Culture and Mass Killing in the First World War

Review Essay of Dynamic of Destruction: Culture and Mass Killing in the First World War

For information on purchasing this book through Amazon at a special, discounted price, click here.

About the Author: Alan Kramer is Professor of European History at Trinity College Dublin. 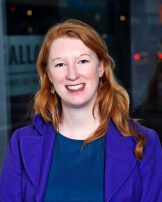 Her writing and research seminars, on “The Return of the Soldier” and “Memory and the City” respectively, explore questions of cultural memory and identity, and both focus on the ways that literature shapes our understanding of history, gender, and place.

She has written book reviews and essays for publications including The Washington Post, The Wall Street Journal, and The Nation, and is currently at work on a new book project about self-help culture and feminism in the 1930s. More information is available through her website.

Click here to read her article on commemoration, Battlefield Cemeteries, Pilgrimage, and Literature after the First World War.

Any history of the First World War begins with numbers. The war is defined by the dizzying casualty rate on all combatant sides, and remembered in acres of grave markers and monuments listing what Siegfried Sassoon called the “intolerably nameless names” of the missing. Its impossible statistics make the war feel both modern and historic: modern for ushering in a century marked by mass death, yet old-fashioned in its combat methods (the slow march of men into machine guns, the last shreds of the cavalry) and the sheer size of its amateur army. But as historians like Jay Winter have made clear, statistics alone are an inadequate measure of meaning. Even in the rare cases where numbers are accurately calculated and recorded, they can only be understood when placed into a dynamic relation with other numbers, other facts, other testimony.

Alan Kramer’s comparative history of the First World War, Dynamic of Destruction, acknowledges a debt to Jay Winter’s demographically rooted approach, but digs more deeply into what numbers can tell us at the distance of a century. He pays attention to statistics that are usually footnoted in conventional histories of the war: civilian deaths in the early weeks of the German advance into Belgium; the massive casualty rates of the wars that bookended the conflict in the Balkans and Russia; Italian fascist violence in North Africa; and the genocide of the Armenians. In the process he disrupts many fixed assumptions about the war, and urges the reader to a bold reimagining of what mass death means, for victims, perpetrators, and societies at large.

“Mass death” is defined by Kramer in broad terms as “the killing of a large proportion of a military formation, or a large number of civilians,” and is distinguished from genocide by “reciprocity.” (2) His study begins with a detailed account of the German mass murder of civilians in the Belgian university city of Louvain in August 1914, an atrocity compounded by the destruction of the university library and many other historic buildings. The attack on Louvain, and subsequently on Rheims cathedral in France, instigated a wave of international condemnation of German military tactics.

In the United States, in particular, the attacks were denounced as evidence of German “barbarism.” Yet for Kramer they are not barbaric, in the sense of a throwback to a pre-civilized world, but rather represent a stage in the evolution of twentieth-century warfare. German tactics in Belgium in 1914 were “an expression of something entirely modern: the logic of annihilation.” (27) His analysis of the events in Louvain, which draws on both Belgian civilian sources and the evidence of German soldiers and the military high command, sets the stage for Kramer’s central thesis, that the First World War brought together the destruction of people—soldiers, prisoners, and non-combatants—with the destruction of culture—churches, libraries, ancient buildings, archives, and museums. This cultural annihilation was more extensive than ever before and, Kramer argues, was a deliberate military tactic, ordered by senior officers and carried out by individual soldiers.

The brutal combination of human and cultural destruction was not some kind of natural disaster, nor the logical extension of human (or masculine) violence, as it was (and is) often explained. Instead, it “arose from strategic, political, and economic calculation.” (41) This is perhaps the book’s most important contribution: the awareness that people and cultural artifacts were not destroyed by a “whirlwind” or a “machine” but by the specific decisions of specific commanders, by orders decreed from above and carried out by armed men on the ground. Historians are usually reticent to assign “blame” in the First World War, and often dismiss contemporary reports of German atrocities as mere Allied propaganda. By contrast, Kramer convincingly shows that the German war aims and policies, especially in the crucial months of July and August 1914, were indeed “total war” aims in a way that the policies of the other combatant powers were not.

By marshaling evidence against myth, Kramer continually debunks popular theories about what started the war—for instance, he refutes the idea that it was made inevitable by the binding treaty structures of pre-war Europe in part by pointing to many instances before 1914 when treaty obligations were avoided. Drawing on his previous work on the German atrocities in Belgium, he shows that at least in the West, these specific German tactics (and attendant worldwide outrage) were what precipitated British and French entry into the war.

The anti-war approach of many historians, emphasizing the conflict’s wasteful pointlessness, had tended to understand this connection backwards, as evidence of the power of bellicose propaganda. By this light, the German atrocities (bayoneted babies, raped nuns, and so on) are downplayed as the hysterical imaginings of right-wing pro-war journalists and politicians. Yet as Kramer even-handedly demonstrates here and in his German Atrocities 1914: A History of Denial, the mass murder of civilians, including women, children, and elderly men, as well as rape and forced prostitution in the occupied territories were distinctive—and deliberate—features of Germany’s invasion.

This central insight, that mass murder and cultural destruction were specific instruments of policy, serves as a kind of moral anchor to Kramer’s study, as he goes on to examine the concept of “total war” and the ways in which the First World War did and did not correspond to it. This is where his comparative approach truly pays off, in the nuance and variety he uncovers within the overwhelming scale of the conflict. Cultural destruction was not universal, for instance—churches, cathedrals, and cultural monuments were often spared, in the wake of Louvain and Rheims.

Human destruction, too, was not usually genocidal during the war itself: it was aimed at the enemy’s political and economic collapse (and hence the victor’s gain), rather than at ethnic “cleansing” or murder. At the same time, however, much of the war’s worst attendant violence—the destruction of Catholic Louvain, the Armenian genocide, the horrific conflicts in the Balkans as the Austro-Hungarian and Ottoman empires fractured—was spurred or worsened by racial and religious prejudice. These mass killings at the historical edges of the conflict made the unthinkable possible, and made familiar deaths in the tens or hundreds of thousands by forced displacement, mass incarceration, starvation—all methods that would precede and accompany the more technologically advanced mass murder of the Holocaust.

The Second World War unavoidably shadows this investigation of the First World War’s human and cultural destructiveness. As both wars recede into history, Kramer notes, they increasingly “appear as a single period,” or in Eric Hobsbawm’s words, a “Second Thirty Years’ War.” (328) By this logic, the brutalization of war tactics and interwar politics leads somehow inevitably or inexorably to Stalin, Mussolini, and Hitler. Here again, Kramer’s careful comparative approach provides a thoughtful counterweight to this too-simple argument.

He shows that the notion of the universal “brutalization” of politics in interwar Europe is false, and that in Britain and France, and even in Weimar Germany after the anti-Communist violence of the immediate postwar period, governments were strenuous in their avoidance of political violence and in their commitment to establishing international laws against it. By contrast, in Soviet Russia and Italy, violence entered the political mainstream as any distinction between civilian and military leadership crumbled.

Although arguments about the causes of the Second World War are largely beyond the scope of Kramer’s book, his concluding chapters offer some intriguing new ways of understanding the links—and discontinuities—between the two wars. In the spirit of debunking historical myths, for instance, Kramer revises conventional understandings of the Versailles treaty, by showing that the German “stab in the back” myth was deliberately stoked by right-wing extremists rather than truly felt by the majority of Germans.

Unlike historians who tend to blame Versailles for producing the (supposedly inevitable) conditions for the Second World War, he demonstrates that the reparations were not beyond Germany’s ability to pay, nor was the “war guilt” clause so loathed by the Nazis unique to Versailles or much remarked on at the time—similar clauses were a standard part of other contemporary treaties. Instead, if we read the war guilt clause in its original spirit, rather than through the lens of the Second World War, it is an important recognition that German war aims were indeed different to those of the Allies, that conquest and extermination of the enemy were part of the theoretical planning of the German military, and the military had far greater control over the government than in other nations.

What this book eloquently shows is that the history of the First World War should not be remembered merely for the scale and nature of death in trench warfare, nor should our understanding of it be dominated by the interpretations of the poets, like Wilfred Owen, who stressed its “futility” and tragic meaninglessness. Kramer’s great achievement is to imbue the war’s mind-numbing numbers with meaning, and to begin to dismantle the historical myths around them.

Why, for instance, do the British remember the first day of the Battle of the Somme in July 1916 as the ultimate expression of the war’s tragedy, when more of their troops died on the first day of the 1918 German Spring Offensive? Is it because “futility” and trench immobility have so absorbed British historical memory that it cannot make space for the urgent, mobile beating-back of an offensive that nearly won the war for the Germans? What are the consequences for history of such selective memory?

Kramer’s book is also an important deepening of the analysis of military modernization in the Great War. As he shows throughout, it is not merely the development of aircraft, tanks, poison gas, and heavy artillery that made the war “modern,” but the way in which these weapons and their capabilities were understood. For the first time, modern science provided metaphors to expand the range of what was permissible in warfare—the language of hygiene, surgery, ethnic difference and “cleansing” providing a spurious intellectual justification for mass murder. Kramer thus emphasizes the role played by modern writers and artists, especially the Italian Futurists, in developing and popularizing pseudo-scientific fantasies of historical rebirth. Similar excitement over the new and modern was apparent in the German military, with generals keen to put the ideas of Schlieffen and other total-war theorists to the test.

Despite his comprehensive comparative approach that enlightens not only the German and Allied experience but the less-studied events of the Italian front, Austria-Hungary, Turkey, Serbia, and the Balkans, Kramer stresses that there is still much archival research to be done. In particular, the Turkish government’s refusal to allow historians to properly investigate the Armenian genocide means that the importance of this event at the time, and in subsequent understandings of the war, is still underestimated. Yet Kramer’s careful weighing of the available evidence, and his insistence on taking seriously the way that events were understood at the time rather than perpetuating historical myth, provides an instructive methodology for future historians. In its centennial year, our understanding of the First World War is still incomplete. Alan Kramer shows us why it is so important to continue to investigate its events and interpretations.