Selected Photos from World War I 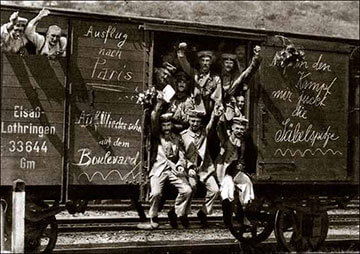 German soldiers in a railroad car on the way to the front
during early World War I, taken in 1914 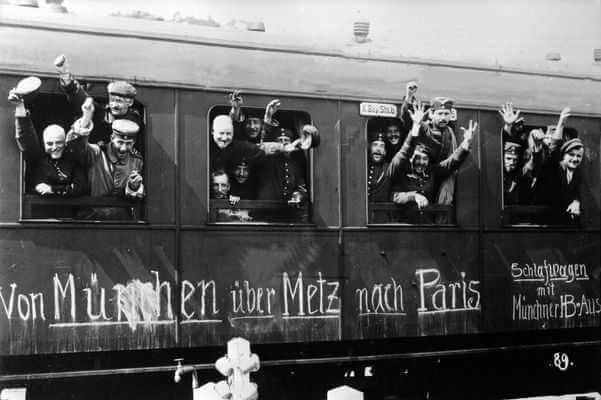 German soldiers on their way to Paris 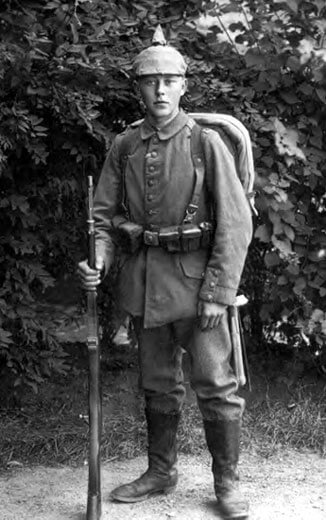 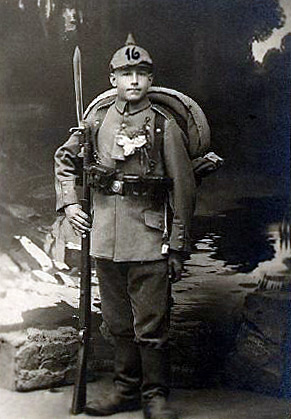 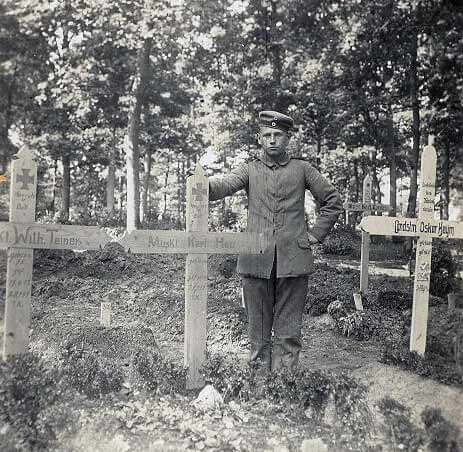 Young German soldier standing at the grave of his comrade

Many German boy soldiers are buried near Ypres, at the war cemetery at Langemark. For this reason the place is known as the Studentenfriedhof - the Students Cemetery. 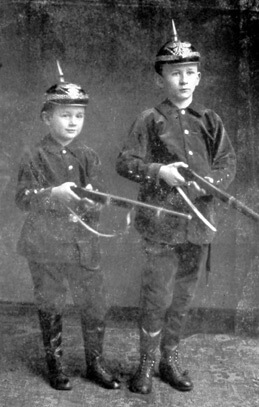 Not Old Enough - yet?

Picture made in 1914. The boy on the left definitely is too young, but his brother will be wanted for the German army in the next years. Photograph taken from Krieg dem Kriege (1924), the famous anti war book by Ernst Friedrich.

Selected Photos of Dead Soldiers in Trenches (World War I) 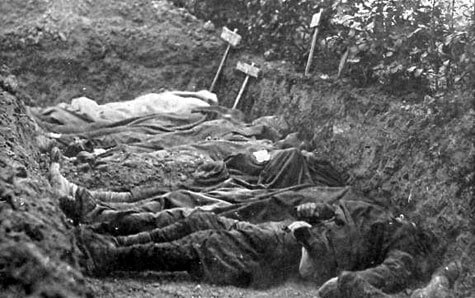 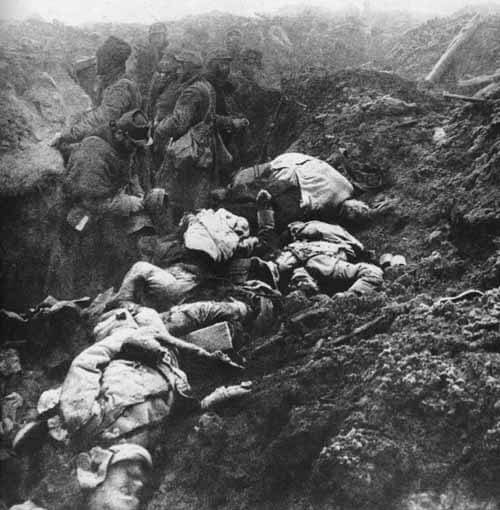 French trench: living and dead together 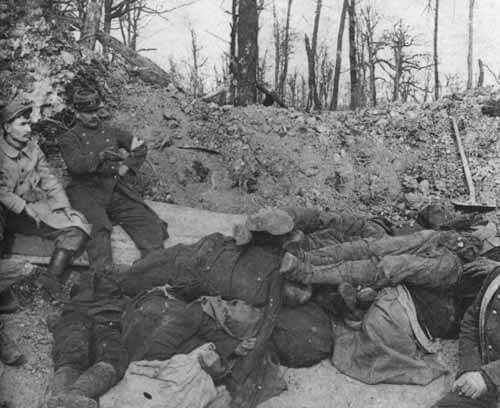 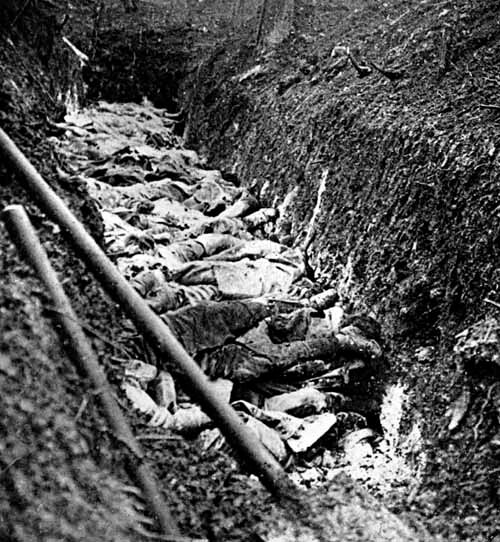 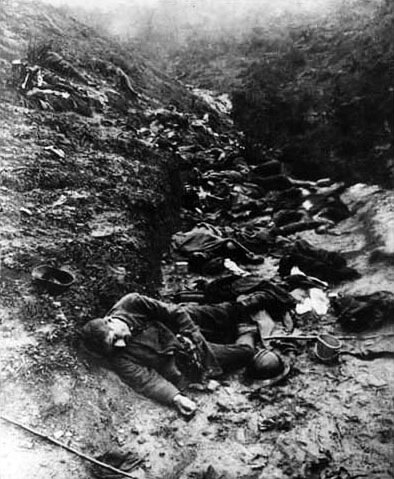 Selected photos from World War II and the Holocaust 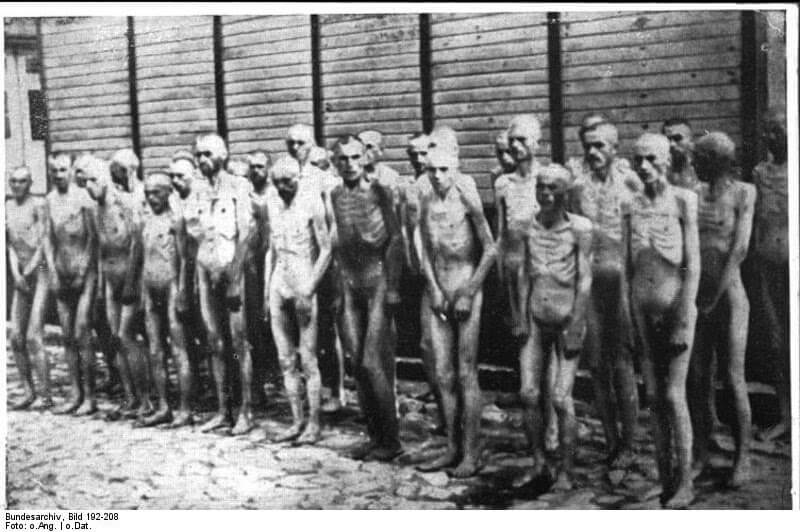 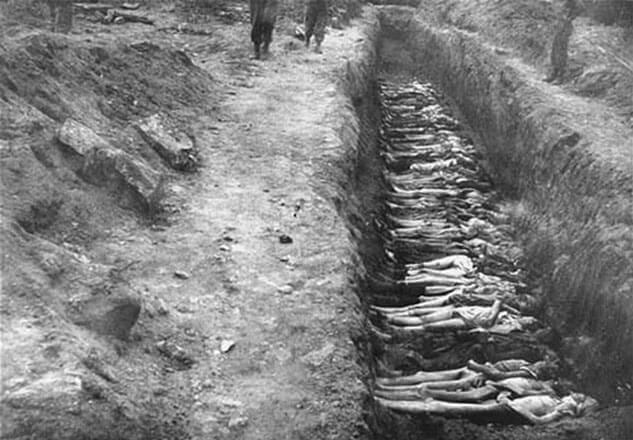